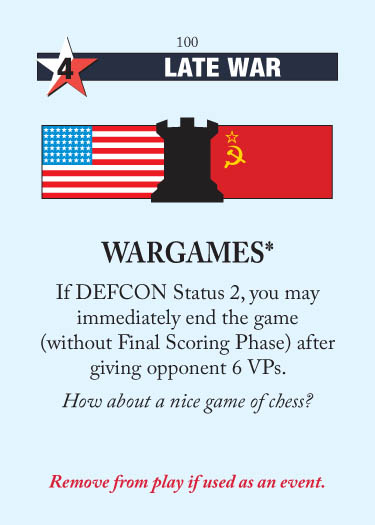 Brinksmanship was a term coined by John Foster Dulles to describe a policy of coming close to war, without falling into the abyss. At different times, during different crises, this policy was pursued by both superpowers. However, there was always the danger that brinksmanship could turn the “cold” war, hot. Additionally, brinksmanship encouraged a nuclear posture of “launch on warning.” Game theory demanded that if your opponent were launching a massive nuclear strike, you would have to launch your own weapons before they could be destroyed in their silos. These doctrines shortened reaction times of world leaders from hours to minutes. On November 9th, 1979, the United States made preparations for a retaliatory nuclear strike when a NORAD computer glitch indicated an all-out Soviet strike had been launched. As recently as 1995, Russia mistook a Norwegian scientific missile launch for an attack, and Boris Yeltsin was asked to decide whether or not to counterattack.

Love it or hate it, Wargames is the most important Late War card in the game.  No card so dramatically affects the game depending on who draws it.  The entire Late War is often dictated by the struggle for this card, fueling the Cold War paranoia by giving you yet one more thing to worry about.  Does he have Wargames?  Does he know I have Wargames?  How close can I push DEFCON this turn?  Should I cash in this scoring card now to prevent a Wargames loss, or hold onto it for an Action Round to get even more VP out of it?

The card is thus a brilliant fusion of theme and gameplay: it balances the allure of the instant win against the fear of an opponent’s scoring card, set against the looming backdrop of potential DEFCON suicide for the overeager Wargamer.

Although ostensibly a neutral event, Wargames tilts towards the USSR because Final Scoring usually favors the US.  If the US is able to build a +7 VP lead in the Late War, they are almost certainly going to win anyway.  Where Wargames tends to reverse the result are those boards where the USSR is clearly destined to lose in Final Scoring despite a -7 VP lead.

This isn’t to say that the US doesn’t use Wargames; it does, but it usually does so later in the Late War, and it usually doesn’t actually change what the outcome of the game would have been.

Keep in mind that as you approach the Late War, there are things you can do to maximize your chance of drawing Wargames.  Our Man in Tehran can help get rid of it or get rid of cards in the way, and emptying your hand allows you to draw more cards and hopefully find Wargames.  Playing the China Card or SALT Negotiations becomes a bit weaker since you draw one fewer card as a result.

Note that you are permitted to trigger Wargames without giving up the VPs and ending the game.  If you do so, the event is removed from the game.*  This is desirable if:

Finally, Wargames is a jarring event and can turn a beginner player off of the game.  With inexperienced players, I recommend either warning them about it up-front, or simply removing it from the game altogether.  But once you get better at the game, you should start appreciating why Wargames is included, even if you find its swingness a bit distasteful.

This entry was posted in Late War, Neutral Events and tagged wargames. Bookmark the permalink.